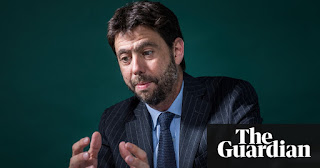 European football’s gilded elite assembling for Saturday’s Champions League final in Kiev will be more abuzz with intrigue than normal after Uefa’s public slapdown of the Fifa president Gianni Infantino’s effort to railroad through a new format for the Club World Cup. Increasingly influential in the thick of it will be Andrea Agnelli, fourth-generation scion of the famed Fiat- and Juventus-founding dynasty, chairman of Juve since 2010 and, since September, of the powerful European Club Association (ECA).

Trim in his grey pinstripe suit, talking assuredly at the Guardian offices this week while in London for a board meeting of Fiat Chrysler – turnover €111bn last year – the 42-year-old Agnelli came to bury Infantino’s grand plan. But, as he explains, it becomes clear that he sees this row as a mere squall in a six-year quest towards his own vision, which many in football may find more challenging, its ambition no less than “a big project in reshaping European football”.

His proposed reordering is clearly thought out already: for the top clubs to play more European prestige games – and make more money – by expanding the Champions League format. He argues the European elite should play fewer games in their national leagues, which should reduce the number of clubs, even divisions.

This prospect has barely been raised in England, where the so-called big six clubs are more immediately trying to secure a greater share of their own league’s international-TV millions. But Agnelli repeatedly emphasises that top Premier League teams are involved in the discussions.

“We all want more international [European] games and less domestic, combined with an overall reduction of games because we don’t want to go over a certain number. And we said: ‘Let’s come up with a proposal.’”

Agnelli suggests the expansion should keep 32 clubs qualifying for the Champions League, but have four groups of eight teams in the opening stage instead of eight of four. That would mean each club plays at least 14 matches, eight more than the current six. Asked what this will mean for national leagues, Agnelli appears comfortable with them being further undermined.

“You could say that whoever participates [in the expanded Champions League] has to play in the national league with six U21 or U23 players,” he suggests, but adds the qualifier: “But it’s brainstorming because there isn’t a project at the moment.”

There is the suspicion that European clubs such as Juventus might see such expansion of the Champions League as a way to bridge the financial gap with the Premier League, whose £8.4bn 2016‑19 TV deal dwarfs them all. Juventus are exceptional in Serie A for having modernised – opening the Allianz Stadium in 2011 – and dramatically improved their football and financial performances – revenues last year were €563m, up 45% – since Agnelli took over in 2010 following the 2006 Calciopoli scandal. This season’s scudetto is the club’s seventh in a row, as Serie A becomes, like most European leagues, much less competitive.

Agnelli argues that other Italian clubs must improve their “competences” and a new chief executive, shortly to be appointed, must overhaul the domestic league’s fortunes. “[In] Serie A, the product has come to one of its lowest moments,” he says.

The Agnellis still own 64% of Juventus, which was taken over in 1923 by Andrea’s grandfather, Edoardo, primarily as a bonding experience for Fiat employees in Turin. Andrea describes the family’s attachment as “first and foremost pure passion”, with an emphasis on a core of Italian players, captained until his final game for the club this month by the goalkeeping great Gianluigi Buffon, who is godfather to Agnelli’s one-year-old daughter, Livia.

He describes Juventus, and Fiat, of which the Agnellis hold a 30% stake in the merged carmaker with Chrysler, as “literally part of the DNA of the family”. Yet, as the club’s chairman in the era of football’s huge commercialisation, he talks about Juventus in the language of business. “Whether we are Man United, Real Madrid, Juventus, or Legia Warsaw, Sporting Lisbon, and Anderlecht, we all want more international exposure, to develop our brands. Today everything is about brand exposure,” he says.

Agnelli envisages the new format being a part of reordering the football calendar after its current schedule and the agreed Champions League formats run out in 2024. He talks also of “harmonisation”, of transfer windows and refereeing, and a mandatory summer month of rest for the players.

Challenged that this plan sounds like another European breakaway venture by the already rich clubs, Agnelli does not deny the suggestion. “But I think if we manage to find some grounds in which we can discuss this with the European national [football] associations, the European leagues, Uefa and the clubs, I think it’s just a normal evolution you would have in the game.”

His perspective on the row with Infantino is that they were beginning to discuss this proposed general “reshaping” of football over the next six years when the Fifa president suddenly produced his plan for an enlarged Club World Cup and the League of Nations, backed by a promised $25bn minimum guarantee from unnamed investors. The Japanese bank Softbank has not confirmed reports that it was fronting the consortium, whose identities were kept confidential by agreement. Infantino told the Fifa council there was a 60-day deadline for agreement, and sought to have the plan approved in March.

The Fifa council refused and asked for more time. “Probably the first time that a motion didn’t pass within the Fifa council,” Agnelli says wryly. “That should make you think.”

Then Infantino invited seven top clubs, including Manchester United and Manchester City, to hear the proposals in Zurich, infuriating the ECA because it represents the clubs collectively. Juventus were invited, but Agnelli says he told Infantino in advance he was opposed and another senior executive, the head of public affairs, Stefano Bertola, went instead of him. With big money promised to participating clubs, Real Madrid and Barcelona emerged talking positively, but Agnelli is scathing about the whole process.

“If you go around to anybody saying: ‘Do you want to play football for a couple of weeks, on average you get €150m, the answer is going to be yes – it’s fairly obvious.”

He describes as “dodgy” the financial projections, which were to remain at $3bn for each tournament and not increase over 12 years, and as “tricky” the apparent plan for the investors to share with Fifa 50% of any profit. While acknowledging that the Club World Cup could do with improvement, Agnelli says: “This is too important for the future of football than to enter it with no information, blindfolded.”

Asked if he thinks Infantino was seeking to expand Fifa’s sphere of influence by drawing in more clubs, Agnelli replies: “Probably he was looking at that. But as I told him, the better idea is thinking about what is the role of Fifa, the governing body? Fifa should be a governing body about good practices, not about entering commercial joint ventures with unknown investors.”

After the Fifa corruption scandals culminating in the 2015 arrests and US prosecutions, Agnelli says he expected Fifa under Infantino to embrace good governance, but argues this proposal was reminiscent of the old ways. “I am surprised the way they are behaving at the moment,” he says.

This week the ECA has sent a strong letter to Fifa complaining that several national FAs are calling up players for the World Cup too early, and he refers with bewilderment to the recent proposal at Fifa for the 2022 World Cup in Qatar to be expanded to include 48 teams. “Hence,” he says, “it is difficult to understand what is really going through the Fifa president’s mind at this moment.”

Infantino shelved his plan this week, having accepted that the resistance from the Fifa council, clubs and Uefa, whose professional football strategy council issued a statement expressing “serious reservations” made pushing it through untenable.

Turning again to his own unabashedly commercial plans, and the prospect of resistance to them as another club breakaway project, Agnelli says: “Whatever you propose in football you will not be 100% backed. The point is the stakeholders should sit down and discuss it. You have competitive balance [problems], polarisation, we want to sit down and talk about it. This would be under Uefa auspices, and there would be [financial] solidarity mechanisms. I am on the record with you but I can assure you that many of my colleagues have very similar views.”

Then he was off, for more business in London before heading to Kiev, having dismissed the Fifa president’s dash for cash as a skirmish on the way to his own more substantial campaign: to reshape European football and advance the top clubs even further. 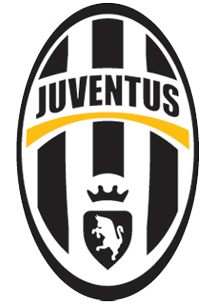